Principle 6: We believe the nature of a human being encompasses both a physical and spiritual aspect, and that human consciousness survives the death of the physical body in a coherent fashion; thus, death opens a new chapter of life and conducts the individual into a higher state and plane of existence. 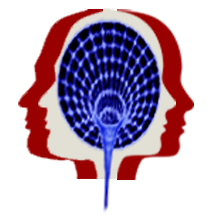 Who can adequately define the limits of human consciousness? The simple answer is, “no one.” While science has made impressive advancements over the past few decades especially in quantum physics, it still cannot define human consciousness nor can it locate the “mind.” Every indication is that the mind is nonlocal, meaning it is not located in the brain.

Consider the computer as an analogy to nonlocality. A computer possesses a central processing unit (CPU), a graphical user interface (GUI; software such as Microsoft Windows), and hardware (such as the screen and the keyboard). In this analogy, the CPU, GUI, and memory would represent the brain; the keyboard and screen would represent the senses, and you, the user, would represent the nonlocal mind or consciousness since you are not part of the computer; you are outside of it (nonlocal). Computers cannot do anything without programming, that is, without someone to tell them what to do. Therefore, a computer is only meaningful if a nonlocal force (you) acts on it. The brain without consciousness is like a computer with no user: meaningless.

Obviously, if the mind (and therefore consciousness) is nonlocal, credence is given to the validity of psychic phenomena. Moreover, psychic ability seems to be an inherent aspect of the mind. For over 50 years, parapsychologists have studied the psi aspect of the mind including ESP experiments that have strongly indicated that humans all possess psychic ability to one extent or another. So-called “poltergeist” activity has been shown to most likely be the result of a human agent undergoing a stressful situation rather than a “noisy ghost” playing tricks. My own anomalous research has shown that every person who had experienced genuine paranormal phenomena was psychically sensitive to a higher degree than average.

Add to this that some who profess to be psychic do indeed seem to be genuine. Of course, not all who profess to be psychic are genuinely psychic. Many who claim such are nothing more than cold or hot readers, that is, they are adept at reading people with no prior knowledge of them (cold), or they get some information before hand about the person (hot). They often take a shotgun approach to “psychic revelations” by successively stating a number of facts based on demographic statistics that fit the client until they get a “hit.” Clients are so focused on hearing from a dead loved one that they overlook the “misses” and remember only the hits. Cold reading is quite effective when done by someone who is good at reading people. Though I am not psychically gifted per se, one dear lady was absolutely convinced that I was a genuine psychic after I demonstrated cold reading to a paranormal class I was teaching. Nothing I could say would convince her otherwise.

Both empirical and anecdotal evidence points to a spiritual side of human beings known as psychic ability that transcends the physical body and has yet to be fully described and accepted by science. This opens the way to the Survival Hypothesis, that is, consciousness survives the death of the physical body.